US$ 0.00
Checkout Empty Cart
Wheel eraser (Product No. 40169)
Tires usually leave behind black skidmarks, but what if they did the opposite?

AUTOart’s new Wheel Rubber Eraser cleans up mistakes on paper while expressing your passion for the classic Porsche 911s of the past and their iconic Fuchs wheels.

The Fuchs was the first forged aluminium wheel produced for the auto industry, jointly developed by Porsche and German metal-components supplier Otto Fuchs KG and first presented on the new Porsche 911 S at the IAA Frankfurt Show in 1965. During the development of the 911, Porsche wanted to use alloy wheels for the new car to replace the steel wheels used on the 356 series, but the cast-alloy wheels produced by the industry in the early 1960s were not good enough to meet the standard that Porsche required. So Porsche turned to Otto Fuchs, which had experience in forging steel wheels for trains and other heavy vehicles, to develop a lightweight aluminium wheel for the new car. Fuchs developed a process for making the wheel out of a single blank of aluminium, forging the centre and then rolling the outer barrel from the inside to the outside rim flange.


Fuchs presented the resulting five-spoke wheel proposal to Porsche in May, 1965, but the automaker altered the design a bit to be more modern, and the most iconic wheel for Porsche was born. It became a fixture on the 911 for decades, available in 14-, 15-, and 16-inch diameters, and ranging in width from 4.5 inches to 11 inches. The Fuchs wheel also saw duty on the 912, the 914/6, and the 944 models.

AUTOart has launched the Wheel Rubber Eraser in scale 1:18, with four different colours for the wheel spokes. The black rubber tires function as rubber erasers for erasing pencil marks. The whole wheel including its tire measures 39 mm (or 1.54 inches) in diameter, and it comes in a set of four packed in a handsome window gift box. 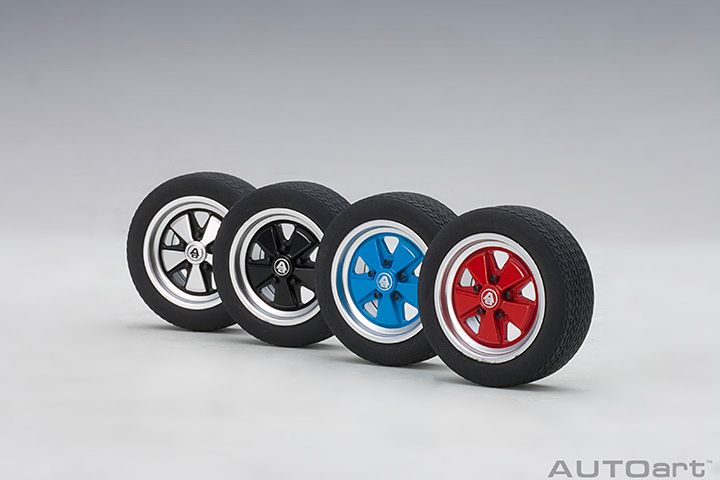 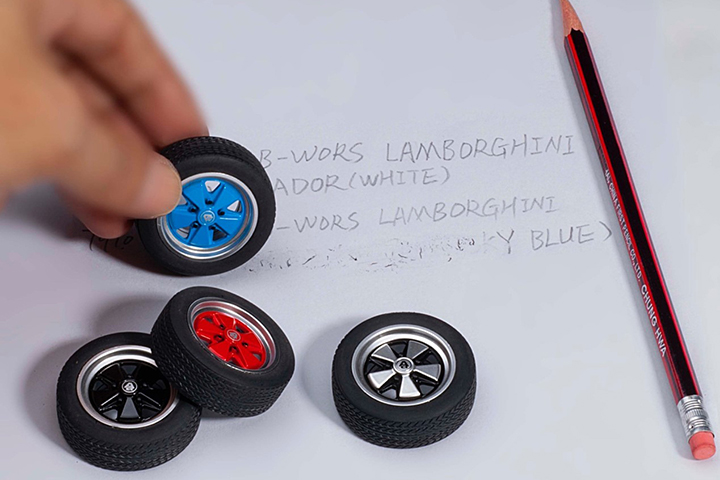 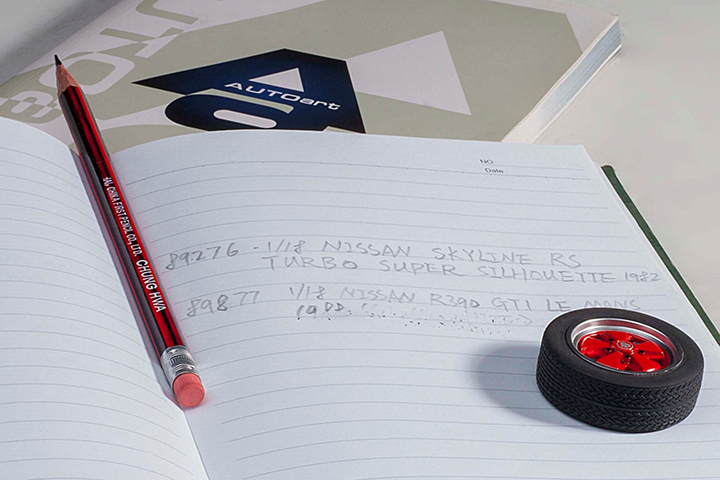 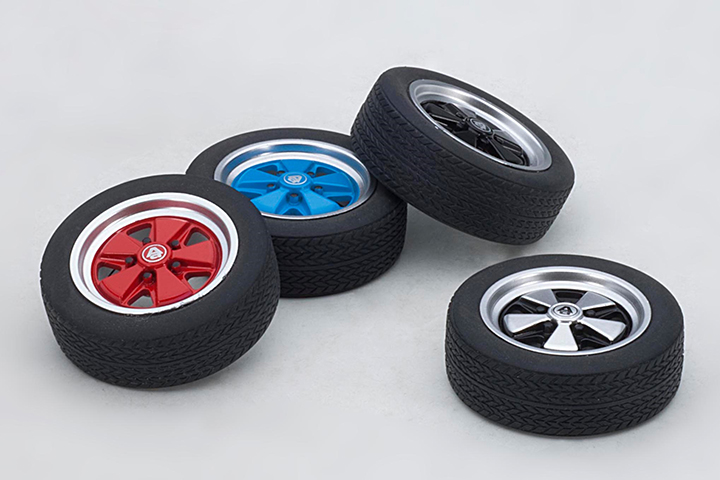 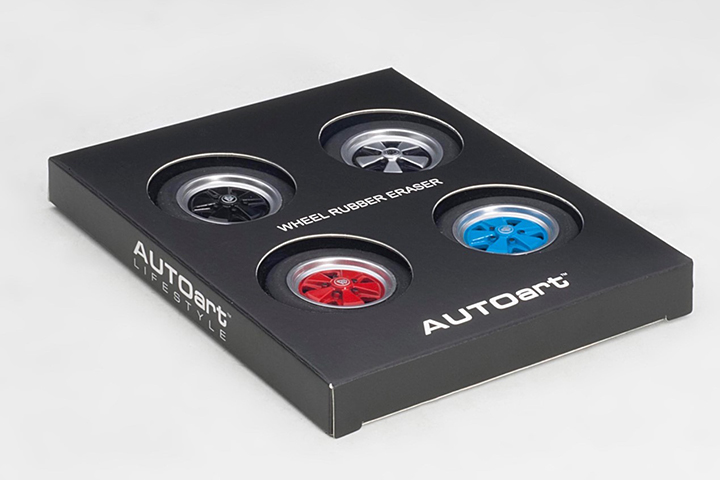